There’s a lot to take into consideration when you’re looking for the best LAC vs LAL dream11 team. Today, We are going to discuss LAC vs LAL Match news, LAC vs LAL fantasy Basketball prediction, and dream11 Expert data. This League is called NBA 2021-22 in the dream11 app.

Los Angeles Clippers vs Los Angeles Lakers, The match will be played in Crypto.com Arena on 4 March 2022 at 8:30 AM.

The Los Angeles Clippers have been in great shape as they’ve won six of their last seven games overall and they will be gunning for a fifth straight victory after routing the Rockets in a 113-100 road win on Tuesday. Ivica Zubac led the team with 22 points and 12 rebounds, Marcus Morris added 18 points while Reggie Jackson chipped in with 17 points and six assists. As a team, the Clippers shot just 43 percent from the field and 13 of 31 from the 3-point line as they got off to a slow start and trailed going into halftime, before taking control of the game with 40 points in the third quarter to open a 21-point lead.

The Los Angeles Lakers have been in a major slump as they’ve lost six of their last seven games overall and they will be hoping to put an end to a three-game slide after getting stopped by the Mavericks in a 109-104 loss on Tuesday. LeBron James led the team with 26 points, 12 rebounds and five assists, Carmelo Anthony added 20 points off the bench while Malik Monk chipped in with 17 points. As a team, the Lakers shot 45 percent from the field and 14 of 34 from the 3-point line as they went on a charge in the third quarter to rally back from a 21-point deficit, only to go ice-cold when it mattered most as they managed just 17 points in the fourth quarter to allow the Mavericks to slip away. 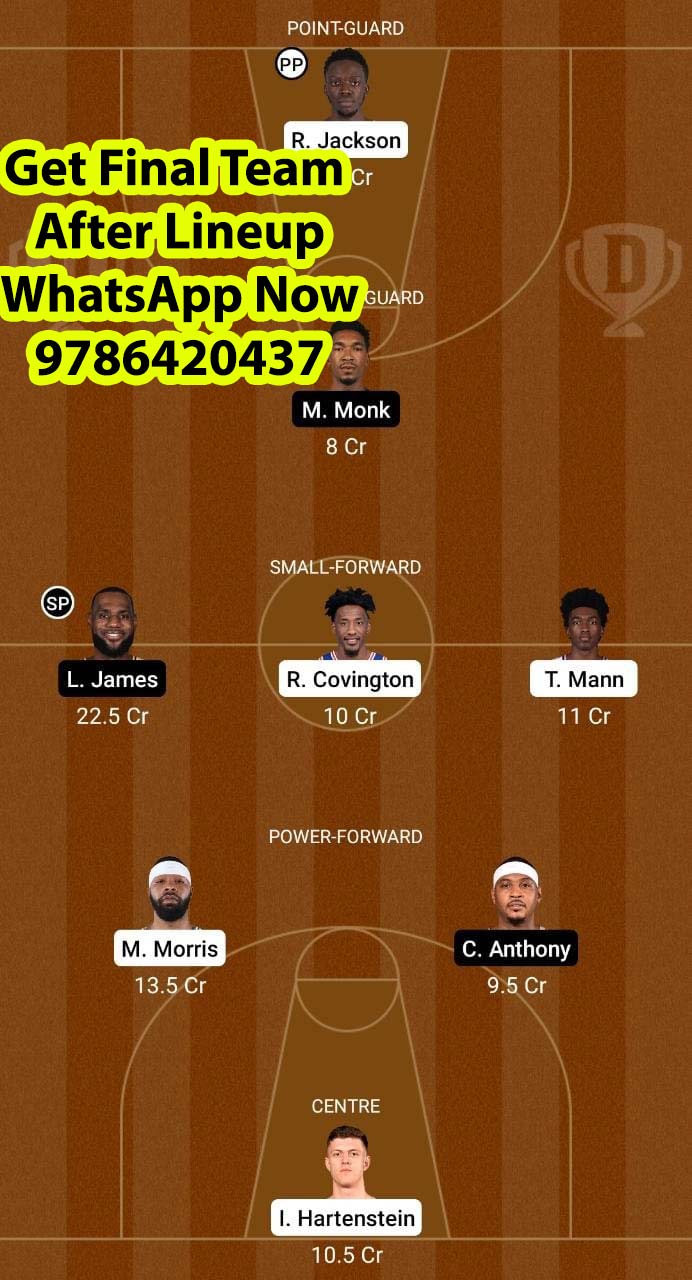