There’s a lot to take into consideration when you’re looking for the best GED vs FPD dream11 team. Today, We are going to discuss GED vs FPD 54th Match news, GED vs FPD fantasy Cricket prediction, and Expert data. This League is called ICCA Arabian T20 League in the dream11 app.

Gems Education CC won 4 out of 6 matches and placed in 6th position of the table with having 8 points on their bag where as Foot Print Defenders lost all 7 matches they have played and placed in bottom third of the table.

Salman Shahid is a top order batsmen and he has scored 78 runs in 53 ball at strike rate of 147 in last match.

Balraj Singh-l will definitely be the major players of this batting line-up and give valuable contribution to this team. He has scored 114 runs from 5 games.

Shahzad Ali-l hasn’t perform well in previous matches but we believe that he had a great potential.

Taimoor Ali-I plays in one down position and he is coming into this game on the back of a tremendous performance and he has a brilliant record.

Revlino Fernandes has been inconsistent, he has the track record and experience of making a strong comeback.

Anil Sharma is a middle order batmen and is a Ideal player. He would definitely be a backbone of this team .

Asim Arshad is capable of bowing over an batting which make him an invaluable asset. He has pick 8 wickets from 5 games.

Haider Ali Butt deserves massive applause for his gritty knock against Foot Print Defenders, He scored 77 runs from 49 balls with the help of 2 fours and 6 six.

Taimoor Riaz will fetch points from both batting and bowling which makes him a very valuable pick.

Binny Ragunat amazing bowler and has taken 8 wickets in the last 5 matches and has improved well in the recent games.

Zaheer Arshad is in the bowling unit of the team. He has pick couple of wicket so far.

A Kumar has scored 21 run in last match. He also capable of bowling. He has pick 3 wickets from 5 games. 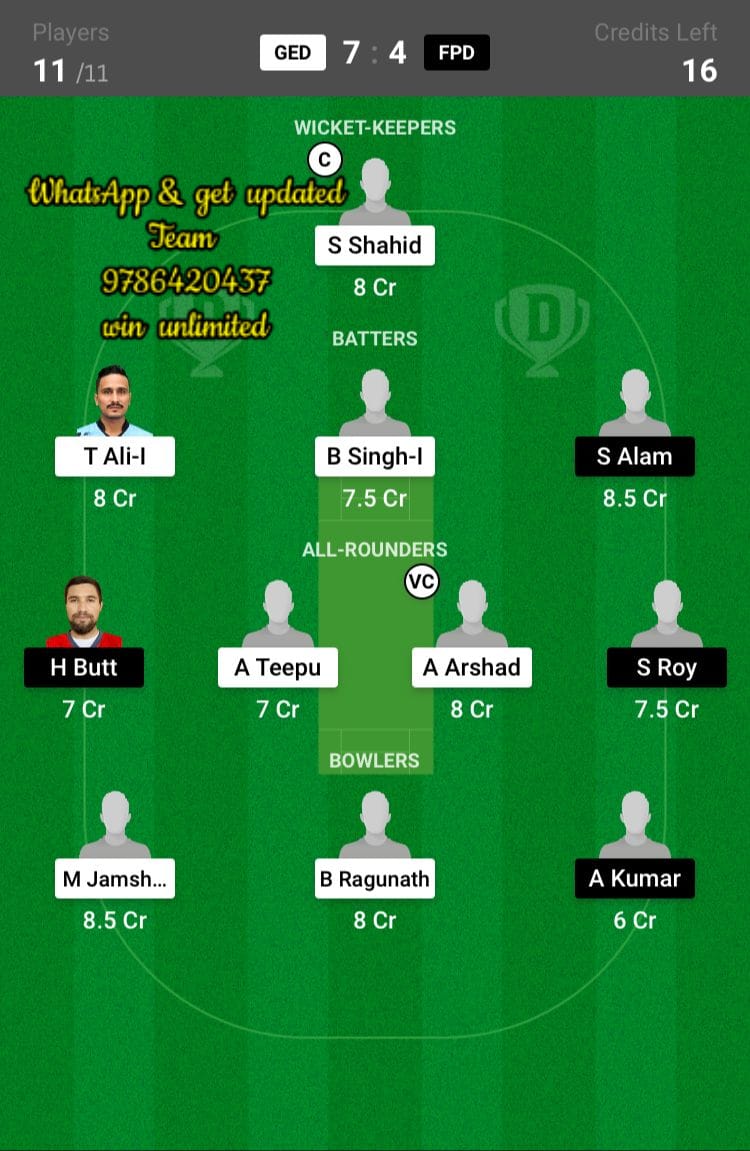