There’s a lot to take into consideration when you’re looking for the best URY vs LOK dream11 team. Today, We are going to discuss URY vs LOK Match news, URY vs LOK fantasy Football prediction, and dream11 Expert data. This League is called Russian Premier League 2021 in the dream11 app.

Ural Yekaterinburg vs Lokomotiv Moscow, The match will be played in Central Stadium of Yekaterinburg on 20 September 2021 at 7:00 PM.

Lokomotiv Moscow has played 7 matches 4 wins, 0 losses, 3 drawn, in this tournament so far. LOK has scored 12 goals and conceded only 6 till now in 7 matches.

Ural has played 7 matches 0 wins, 5 losses, 2 drawn, in this tournament so far. URY has scored 2 goals and conceded 13 goals till now in 7 matches

I. Pomazun is a best goalkeeper pick because expecting more saves from him. More shoot on target expect from LOK team.

D. Kulakov, A. Adamov, A. Mamin and S. Magkeyev are the best defender picks in both team. Their recent performance is good.

S. Magkeyev is a good player in defence and chance creator as well .He scored goals and assist as well.

R. Zhemaletdinov is a key player of his team, he is a goal scorer, more tackle and chance created as well.

R. Zhemaletdinov scored 3 goals in this tournament so far.

E. Bicfalvi and F. Smolov is the top goal scorer in league match.

F. Smolov scored 6 goals in this tournament so far. 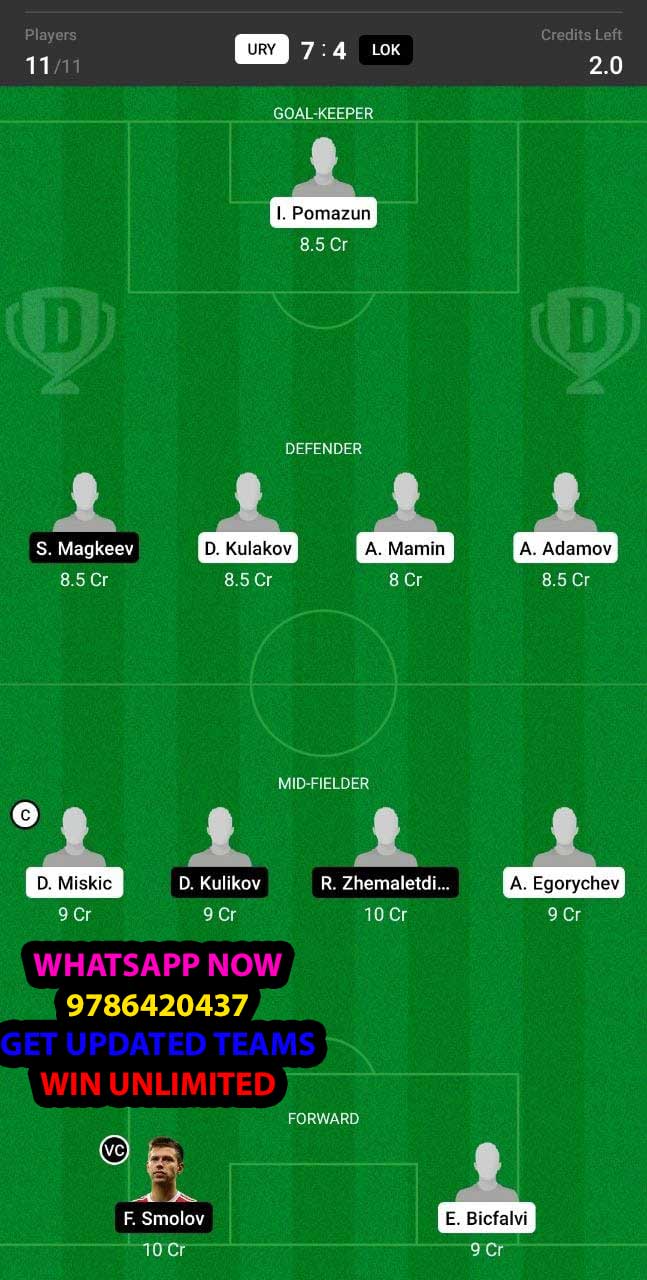