There’s a lot to take into consideration when you’re looking for the best TAM vs GUJ dream11 team. Today, We are going to discuss TAM vs GUJ 104th Match news, TAM vs GUJ fantasy Kabaddi prediction, and Expert data. This League is called VIVO Pro Kabaddi 2022 in the dream11 app.

Tamil Thalaivas vs Gujarat Giants, The 104th match will be played in Gachibowli Indoor Stadium, Hyderabad on 27 November 2022 at 7:30 PM.

Gujarat Giants has won 5, lost 10 and drew 1 game of 16 games played so far this season. With 35 pts, they are placed on 11th position on the table. Rakesh Sangroya has made most 98 successful raids for them, including 6 super 10 in 15 games. However, he is not making to line up constantly due to some issue. In his absence, Chandran Ranjit and Prateek Dahiya took the charge. Parteek Dahiya has made 68 successful raids in 13 games. While, Chandran Ranjit has done 64 successful raids in 14 games. Defence for them is quite out of touch. Sourav Gulia has made most 26 successful tackle in 12 games including 3 high 5. Rinku Narwal leads in absence of Sourav Gulia. Akram Shaikh is also making valuable contribution in defence if needed. 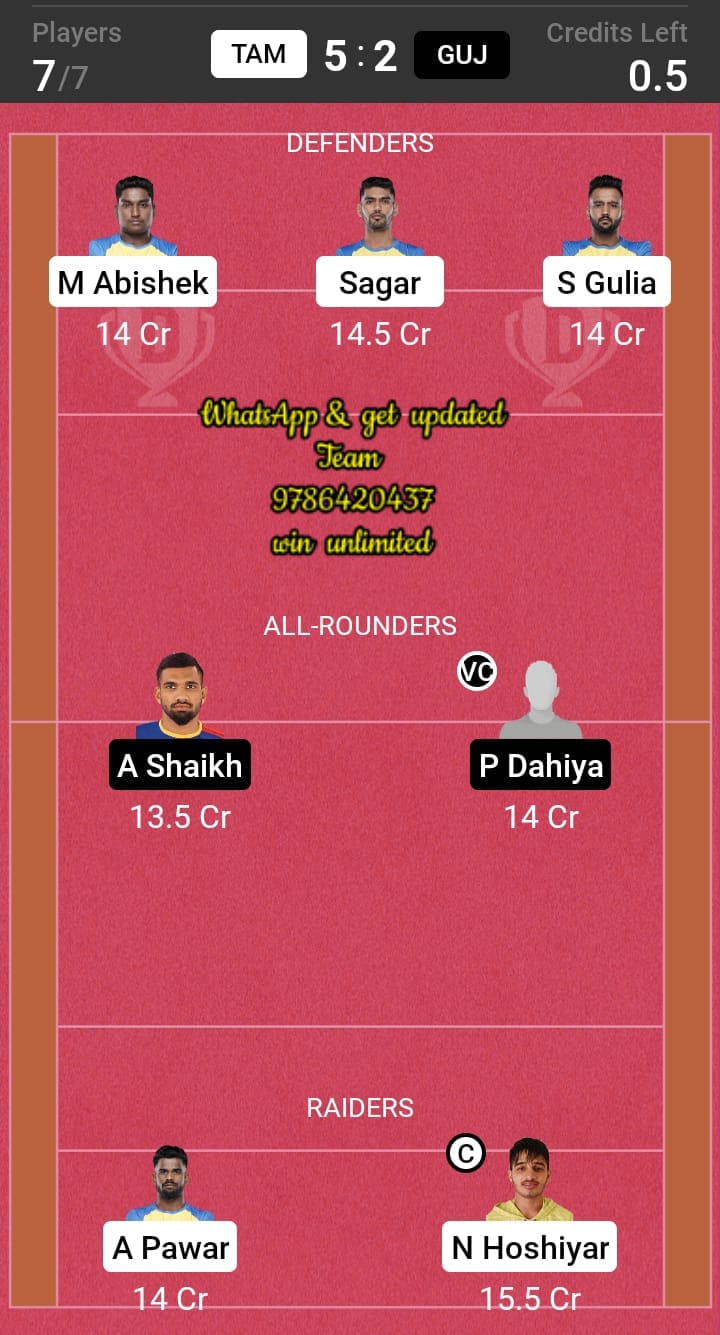