There’s a lot to take into consideration when you’re looking for the best SL-L vs NZ-L dream11 team. Today, We are going to discuss SL-L vs NZ-L 16th Match news, SL-L vs NZ-L fantasy Cricket prediction, and Expert data. This League is called Road Safety T20 World Series in the dream11 app.

Sri Lanka Legends vs New Zealand Legends, The 16th match will be played in Rajiv Gandhi International Cricket Stadium on 24 September 2022 at 7:30 PM.

After stunning win by Sri Lanka Legends in last Match against South Africa Legends.They won all 3 mathes they have played and placed in third position of the table.

New Zealand Legends won 1 out of 4 matches and having 8 points on their bag.

Gareth Hopkins (wk)will handling wicketkeeping and we believe that he had a great potential.

Upul Tharanga plays in one down position and he is a desirable player which makes him an invaluable asset to the team.

Dean Brownlie plays in one down position and he has scored 48,31 runs in last couple of matches. He give valuable contribution to this team.

Ross Taylor is a desirable player However, eventually he has scored 30 runs at tike rate of 176.47 in last match.

Jamie How s a allrounder for this team squad .He has been contributing with bat than ball. Not very happy with his performance.

Dilshan Munaweera ability to get big runs in the top order, he is one to watch out for in this game .

Asela Gunaratne very low order batsmen and now a days he bowls at death end over but he fail to pick wickets in last match.

Chamara Silva has not been in a really good form.

Franklin once again failed to cash in the opportunity.

Tillakaratne Dilshan will be the opener of this team and he bowls at upfront for 2 to 3 overs. He has picked a couple of wickets in last match.

Chaturanga de Silva has been very consistent and has performed in almost every game. He has picked 9 wickets in the last 5 games.

Mills bowls at upfront for 2 overs and he has picked a couple of wickets in last match at an economy rate of 5.50.

Bennett his bowling skills that earned him 1 wicket in last match but not in good form in recent match.

Nuwan Kulasekara is a genuine wicket-taker and also bowls with very good economy. He has looked ominous with 12 wickets So far.

Jeevan Mendis has been in great form with ball picking in regular basis .He will guaranteed to pick up 1+wickets in every game. 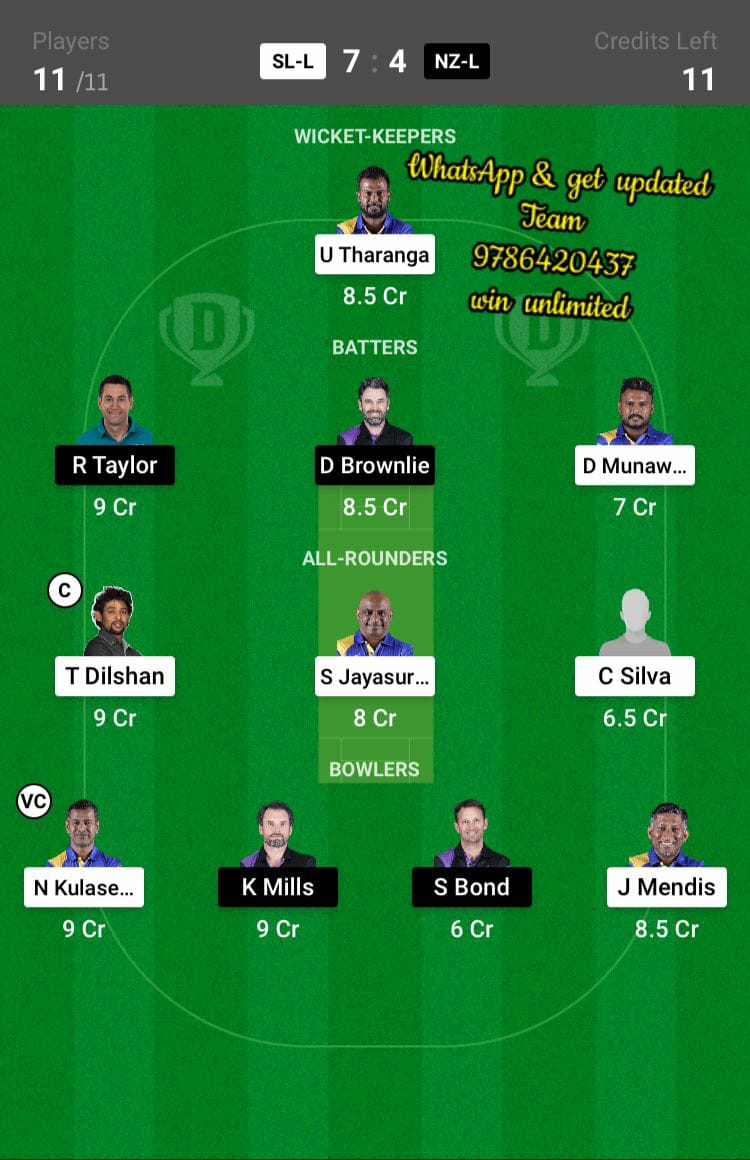