There’s a lot to take into consideration when you’re looking for the best SAS vs LAL dream11 team. Today, We are going to discuss SAS vs LAL Match news, SAS vs LAL fantasy Basketball prediction, and dream11 Expert data. This League is called NBA 2020-21 in the dream11 app.

The San Antonio Spurs suffered consecutive defeats after losing 121-111 to the defending champions Milwaukee Bucks. The Spurs was neck and neck with the Bucks for most of the game before they lost steam in the fourth quarter, getting outscore 36-30. In the Spurs’ defense, they are a young, inexperienced roster coming off a brutal back-to-back with a game on the road against the Denver Nuggets and at home against the Bucks.

That hardly left them any time to recover. However, they managed to put up a fight, largely thanks to huge efforts from Doug McDermott, Keldon Johnson and Lonnie Walker. A huge reason for their loss was their inability to convert from the perimeter. The Spurs shot a dismal 25.6% from the three-point territory compared to the Bucks’ 42.9%, which was a huge factor in turning the tide. If they had converted better, we might have been reading a different story. McDermott was the only exception, shooting an astonishing 63.6% from the perimeter on 11 attempts, San Antonio will hope he continues more of the same.

The LA Lakers bounced back after a miserable start to the season with a hard-earned victory against the Memphis Grizzlies. There were impressive performances from Carmelo Anthony, Anthony Davis and Russell Westbrook on the night. The Lakers were up during the first half, but let the Grizzlies back in after a poor third quarter that saw them getting outscored 34-25. The Lakers managed to rally behind a huge effort from Melo and AD, hitting a couple of big-shots and icing their free-throws to register the first win of the campaign.

There were plenty of positives to take, such as Westbrook’s game-high 13 assists and AD’s four blocks, fewer turnovers and better defense compared to their previous game. However, the Lakers still manage to leak 62 points in the paint and were out-rebounded. If they were to face a dominant center like Joel Embiid, Bam Adebayo or Nikola Jokic, it’s going to be extremely difficult considering how weak their interior defense is at the moment. However, the win was a much-needed confidence booster for the Lakers to build on 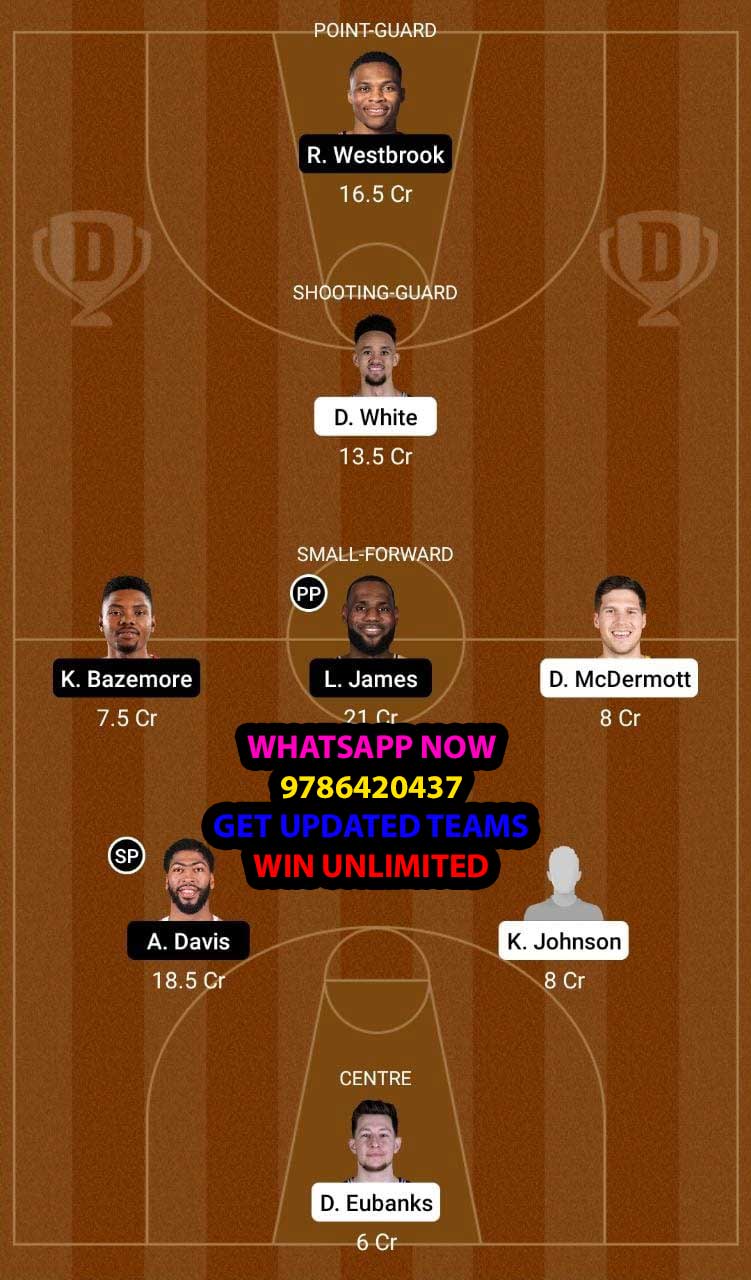