There’s a lot to take into consideration when you’re looking for the best RM vs ANA dream11 team. Today, We are going to discuss RM vs ANA Match news, RM vs ANA fantasy Basketball prediction, and dream11 Expert data. This League is called EuroLeague 2020-21 in the dream11 app.

Efes has been on a roll since the start of the series. The Turkish team won 90-63 in Game 1 and then repeated the feat in Game 2 with another commanding win, 91-68. Shane Larkin is averaging 17.5 points in the series and Rodrigue Beaubois 15.0, both for Efes. Real’s star center Walter Tavares and young guard Carlos Alocen were both sidelined for Game 2.

It’s do-or-die for Real. The 2018 champs surely did not want to be in this situation, since no team has ever come back from a starting 0-2 in a playoff series. Los Blancos are back home and for starters, they will have to make sure the open threes go in, as they stand at 14 of 58 in the two games. It remains to be seen whether a key piece in Coach Laso’s puzzle, big man Tavares, will be back in full swing to try to help the winningest team in European basketball survive for another chance.

Efes is on fire. After a doubtful start to the season, the Turkish team is playing the best basketball when it counts the most. Efes shot 60% from beyond the arc in Game 2, including Vasilije Micic’s 5 of 5. Surely Coach Ataman will not try to fix what is not broken and the only thing Efes can do is follow its game plan and stick to the smothering defense that kept a Real Madrid team that averaged 80.1 points in the regular season under 70 points in both games played in Istanbul.

W. Tavares (questionable), A. Randolph (out)

RM vs ANA Match Players To Watch Out (Some Unknown Players): 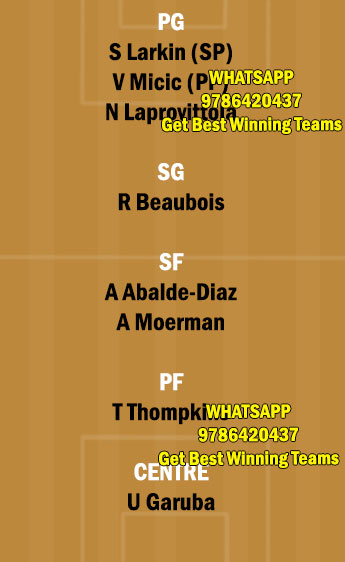