There’s a lot to take into consideration when you’re looking for the best POL vs ENG dream11 team. Today, We are going to discuss POL vs ENG Match news, POL vs ENG fantasy Football prediction, and dream11 Expert data. This League is called World Cup Qualifiers 2021 in the dream11 app.

Poland vs England, The match will be played in National Stadium Warsaw on 9 September 2021 at 12:15 AM.

England has played 5 matches 5 wins, 0 losses, 0 drawn, in this tournament so far. ENG has scored 17 goals and conceded 1 till now in 5 matches.

Poland has played 5 matches 3 wins, 1 loss, 1 drawn, in this tournament so far. POL has scored 18 goals and conceded 7 till now in 5 matches.

Wojciech Szczesny is the best goalkeeper pick because expecting more saves from him. More shoot on target expect from ENG team.

Kyle Walker, John Stones, Harry Maguire and Luke Shaw are the best defender picks in both team. Their recent performance is good.

Harry Maguire is a good player in defence and chance creater as well. He scored goals and assist. He scored 2 goals in this tournament so far.

Mason Mount is a key player of his team, he is a good goal scorer, more tackle and chance created as well. He scored 1 goal in this tournament so far.

Grzegorz Krychowiak scored 1 goal in this tournament so far.

Harry Kane and Robert Lewandowski is the top goal scorer in league match.

Harry Kane scored 4 goals in this tournament so far.

Robert Lewandowski scored 6 goals in this tournament so far. 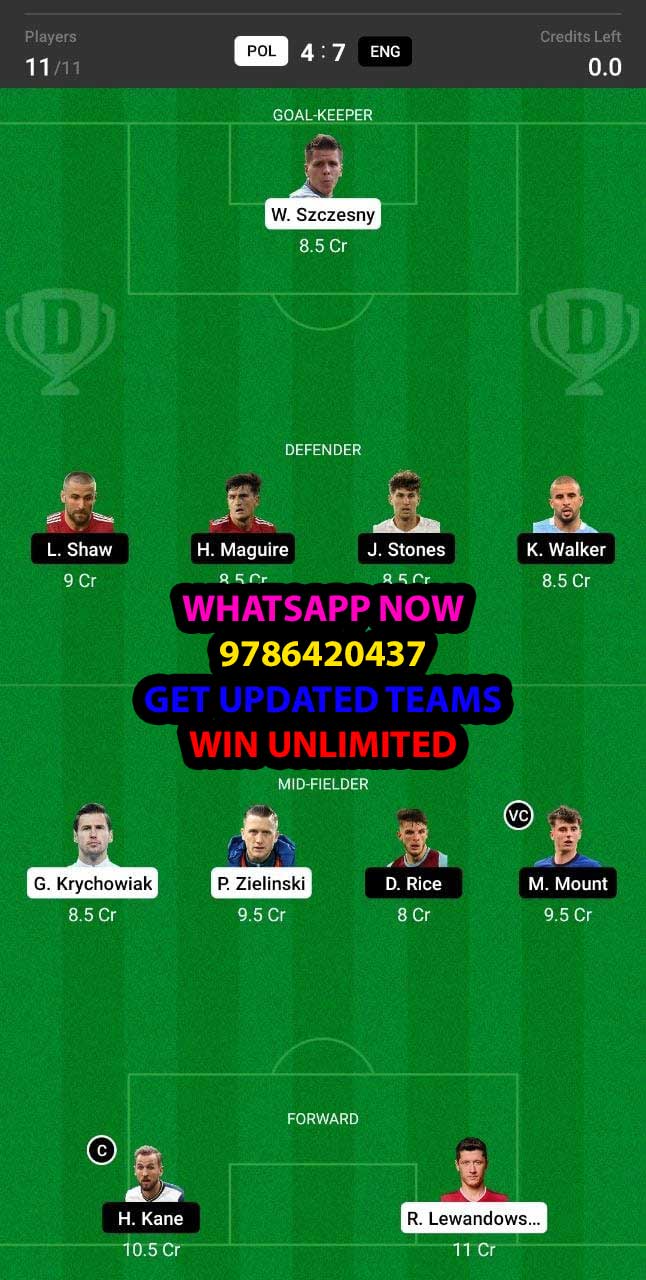