There’s a lot to take into consideration when you’re looking for the best MOS vs KHM dream11 team. Today, We are going to discuss MOS vs KHM Match news, MOS vs KHM fantasy Basketball prediction, and dream11 Expert data. This League is called EuroLeague 2020-21 in the dream11 app.

CSKA Moscow vs Khimki Moscow Region, The match will be played in Sports Swimming Complex CSKA on 2 April 2021 at 10:30 PM.

CSKA had already qualified for the playoffs with 21 wins and 10 losses and they are challenging the last place team Khimki, which is having just 4 wins and 27 losses. CSKA defeated Zenit in the last game with the points difference of 12, while Khimki was also won their last game against the ASVEL with a points difference of 2. So far, both the teams had clashed for 13 times in which CSKA leads the series with 11-2. Jordan is having his best season this year so far and is going to face Shengelia who is been solid in his debut with CSKA. He isaveraging 11.4pts, 4.8rebs, and 2.2 assists per game.

CSKA is stealing more from the opponents when compared to Khimki. So, we have to pick more stealers from CSKA. Defensively and Offensively, both the teams are worst. We have to pick best forwards from the both sides, those who will grab more rebounds. 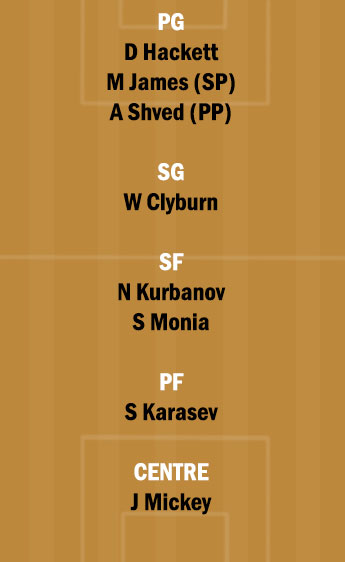