There’s a lot to take into consideration when you’re looking for the best LAC vs DAL dream11 team. Today, We are going to discuss LAC vs DAL Match news, LAC vs DAL fantasy Basketball prediction, and dream11 Expert data. This League is called NBA 2020-21 in the dream11 app.

Los Angeles Clippers vs Dallas Mavericks, The match will be played in Staples Center on 28 December 2020 at 2:00 AM.

Mavericks lost their first two games, while the Clippers won both. From the Mavericks bench, Kleber is an intriguing player. Doncic without Porzingis on the floor had averaged 1.80 FP/ min per game. He can lead this game in all the aspects like assists, rebounds, and offensive sides. Mavericks frontcourt is very weak without Porzingis. Finney Smith and Powell are average players in defending the players. So, we can easily pick opponent more frontcourt players. Coming to the Clippers, Leonard and George are the high usage rate players for the team.

Leonard leads with 33% usage rate and besides him George with 31%. Leonard scored 50 fantasy points in the last outing and George with 39. Ibaka and Zubac are the frontcourt players but both will cut their fantasy point each. Ibaka can shoot 3-pointers as well, while Zubac can give you points in blocks and 2-pointers. From the bench, Williams leads with 25% usage rate. But in this matchup, he can’t be a viable player to pick into your roster. You can pick all three superstars and with credit savers.

Clippers have an implied total of 114 points, while Mavericks have 110 points. In the second outing too, the Mavericks were busted in shooting aspect and lost to the Lakers by 23 points. Doncic can lead this game. We don’t expect Finney and Hardaway to score more than 30 fantasy points in this tough matchup.

1. Mavericks can allow more points to the opponent guard players. George and Leonardare the intriguing players for this game.

2. Pick Doncic in your every roster.

3. Leonard/ George either one of them will be your must pick for every team.

4. Zubac can be a game-changer. 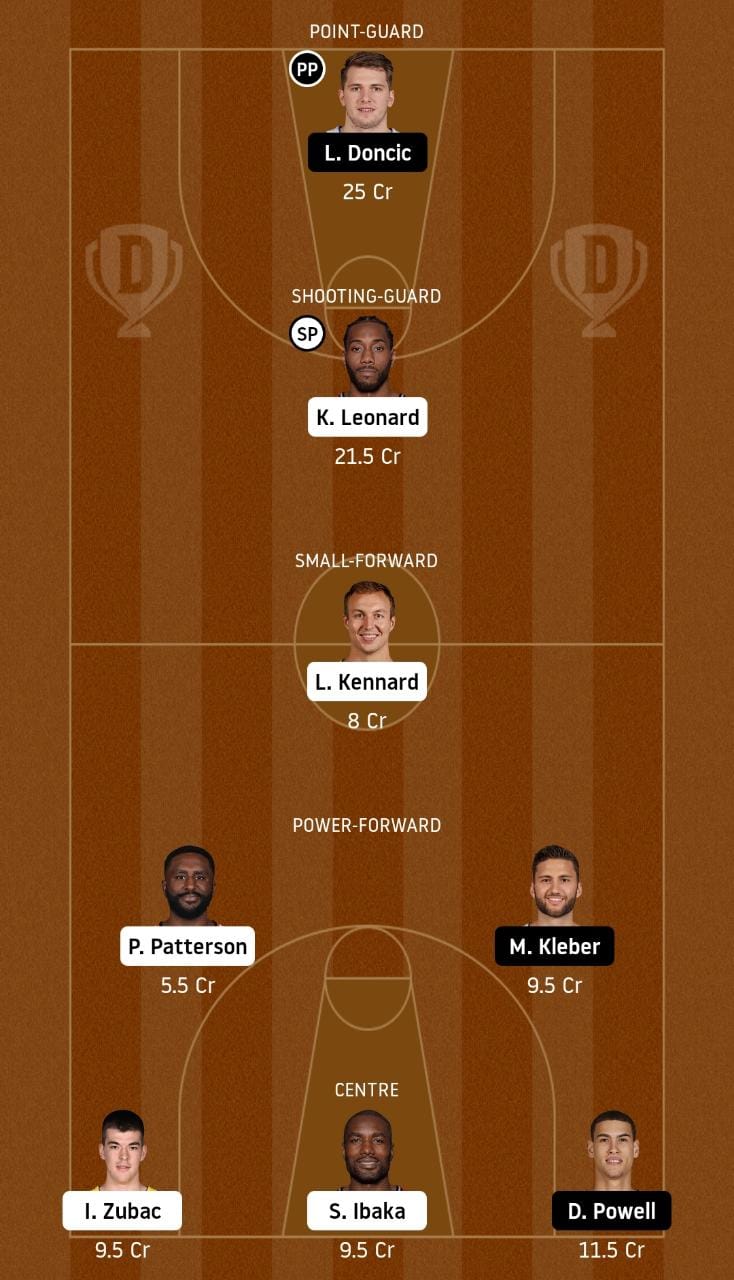