There’s a lot to take into consideration when you’re looking for the best LAC vs BOS dream11 team. Today, We are going to discuss LAC vs BOS Match news, LAC vs BOS fantasy Basketball prediction, and dream11 Expert data. This League is called NBA 2020-21 in the dream11 app.

Los Angeles Clippers vs Boston Celtics, The match will be played in Staples Center on 6 February 2021 at 8:30 AM.

Celtics are playing at slow pace and at defensive end. We can’t ceiling games of any big player on this slate. But Leonard is Leonard. He can post at any defense. George is entirely a wing player and Celtics are tough on wing players. And also, we can’t expect Tatum and Brown ceiling games.

Tatum is having high floor and Brown is having high ceiling. Ibaka rebounds percentage has been increased this season but we can’t trust his minutes. Morris becomes the main backup for Ibaka instead of Zubac. You can throw him into GPP plays as a viable saver. Theis and Thompson are viable punt throws at his credits.

According To Recent and h2h match stats, Celtics are performing well and are slightly dominating in rebounds aspect in this seasons so far, So we have to pick best grabbers from the Celtics.

4. According To H2H and recent rresults Celtics re performing better than Clippers. 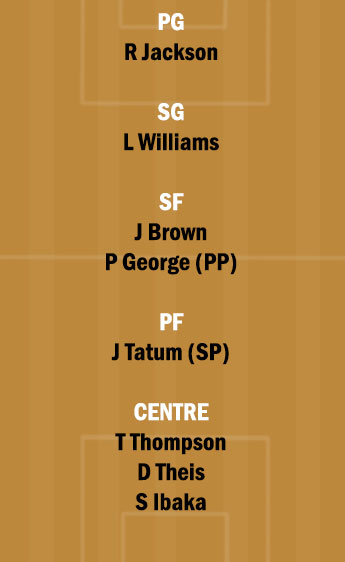