There’s a lot to take into consideration when you’re looking for the best KHM vs RM dream11 team. Today, We are going to discuss KHM vs RM Match news, KHM vs RM fantasy Basketball prediction, and dream11 Expert data. This League is called EuroLeague 2020-21 in the dream11 app.

Khimki is one of the worst defensive teams and they are allowing 91.8 points per game. They are ranked at bottom of the league table and are with (2-23) on an unprecedented 17 game losing streak. Shved and Mickey are the leading players from Khimki. They are also worse in offensive side and are scoring just 78 points per game. Shved leads the team with most usage rate and is averaging 19.3 true points per game and Mickey is behind him with 12.8 points per game. Mickey is going to be face Tavares which isn’t easy for him to score the basket but he knows him very well as he played for the Real Madrid in the last season.

1. Khimki is worst in defensive end, So keep more players from Real Madrid who is scoring an easy baskets like Tavares, and Thompkins.

2. Khimki need to play better defense on Real Madrid and has to run the team offense through Shved and McCollum.

3. Tavares, Thompkins, and Garuba will dominate the board and Real Madrid should have a chance to run and find easy baskets 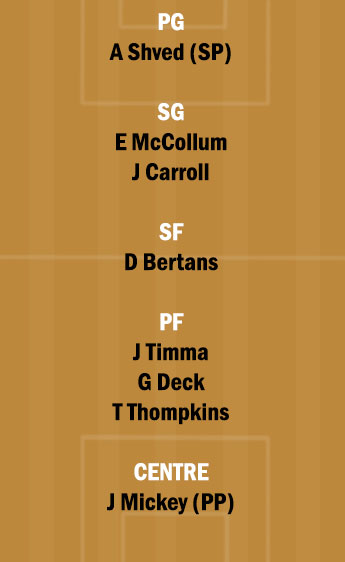