There’s a lot to take into consideration when you’re looking for the best HAM vs MUR dream11 team. Today, We are going to discuss HAM vs MUR 60th Match news, HAM vs MUR fantasy Kabaddi prediction, and Expert data. This League is called Yuva Kabaddi Monsoon Edition 2022 in the dream11 app.

Hampi Heores vs Murthal Magnets, The 60th match will be played in Harivansh Tana Bhagat Indoor Stadium on 24 September 2022 at 2:00 PM.

Hampi standing at 1st position in the league table. They won their all games played in Booster Round series so far. In the last game against the Periyar Panthers, Dhankar scored 18 touch points and Chahal scored 13.

They are scoring an average of 50.1 points in the survival round.

They are giving an average of 34.1 points to the opponents.

Murthal Magnets is standing at 2nd position in the league table. They had won two games so far in the Booster Round series. In the last game against Panchala Pride, Panwar scored 21 raid points and Dhull scored 5 succesful tackles. Their Offensive is too strong to play against any defense.

Offensive Unit(Raiding Unit): They are scoring an average of 44.1 points per game.

They are giving 39.1 points per game to the opponents.

Chahal and Panwar, these two will give you more fantasy points with their ceiling.

Sanjay and Banwala will also give good fantasy points with their ceilings. 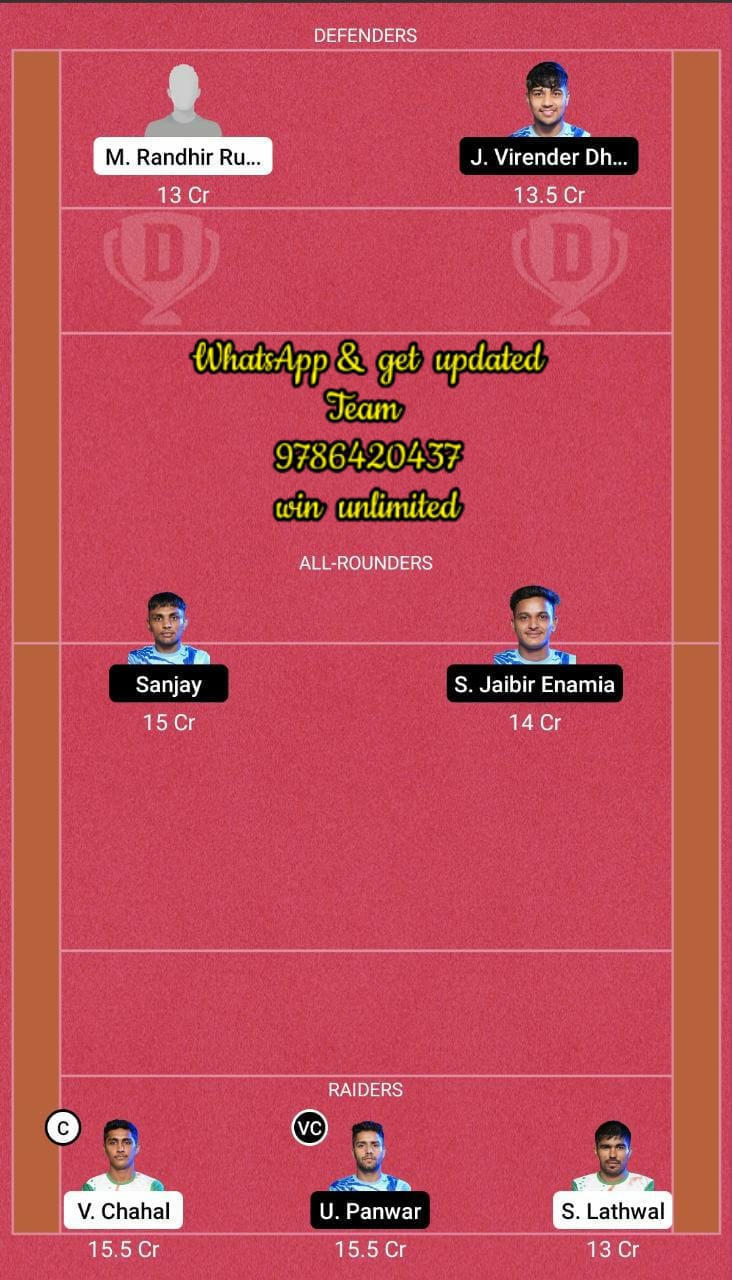