There’s a lot to take into consideration when you’re looking for the best GUJ vs DEL dream11 team. Today, We are going to discuss GUJ vs DEL 98th Match news, GUJ vs DEL fantasy Kabaddi prediction, and Expert data. This League is called VIVO Pro Kabaddi 2022 in the dream11 app.

Gujarat Giants vs Dabang Delhi K.C., The 98th match will be played in Gachibowli Indoor Stadium, Hyderabad on 25 November 2022 at 7:30 PM.

Gujarat Giants has won 5, lost 9 and drew 1 game of 15 games played so far this season. With 34 pts, they are placed on 11th position on the table. Rakesh Sangroya has made most 98 successful raids for them, including 6 super 10 in 15 games. Parteek Dahiya has made 54 successful raids in 12 games. Sourav Gulia has made most 25 successful tackle in 11 games including 3 high 5. Rinku Narwal leads in absence of Sourav Gulia. Akram Shaikh is also making valuable contribution in defence if needed.

Dabang Delhi K.C. has won 8 and lost 8 of 16 games played so far. With 45 points, they are settled at 8th position on the table. Naveen Kumar express is the backbone of their team. He has made highest successful raids so far in this season for them with 140 in 16 games. He scored 11 super 10 in 16 games played so far. However, he has looked bit derailed in last few games. He is supported by Manjeet with 39 successful raids in 15 games including 2 super 10. However, the role of 2nd Raider has been shifted to Ashu Malik and Vijay Malik. Defence has been lead by Krishnan Dhull with 30 successful tackle in 15 games including 1 high 5. He is supported by Vishal with having 39 successful tackle in 15 games. 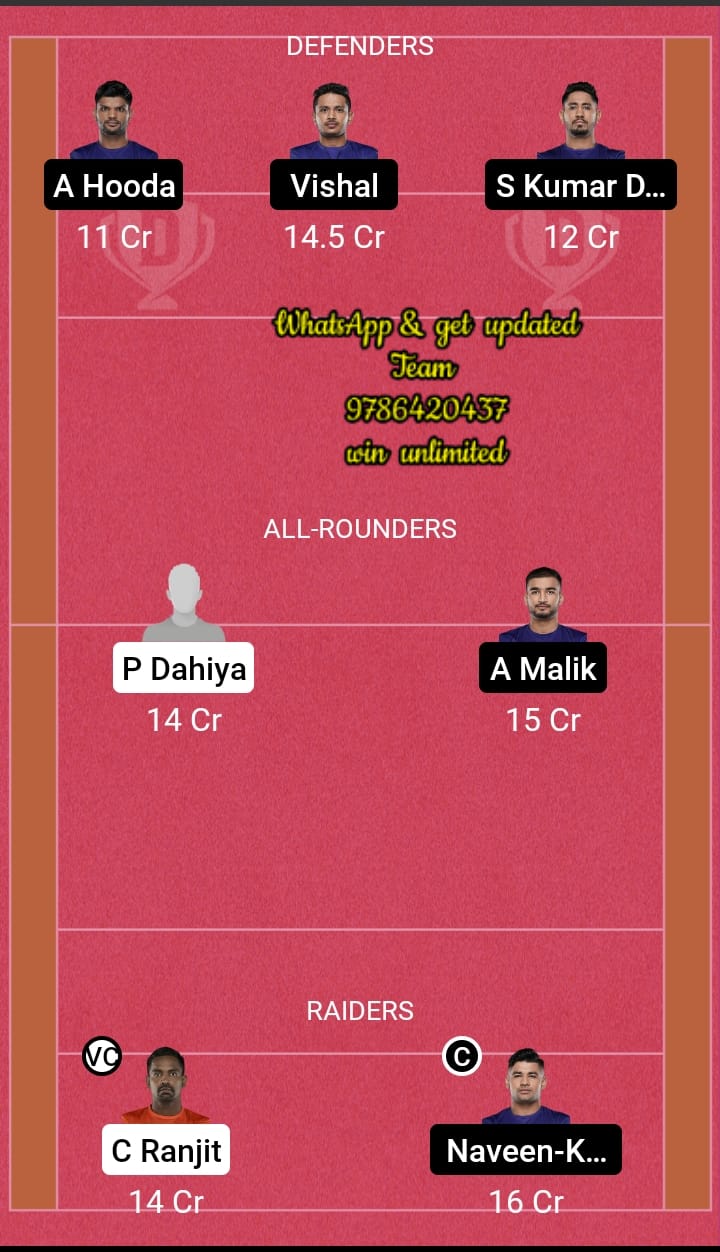