There’s a lot to take into consideration when you’re looking for the best GLO vs SUS dream11 team. Today, We are going to discuss GLO vs SUS 13th Match news, GLO vs SUS fantasy Cricket prediction, and dream11 Expert data. This League is called English T20 Blast 2021 in the dream11 app.

Gloucestershire has been most improved team since last year they beat GLA by 4 run in 1st game.

Sussex has won 4 game and looked good while 1 game washed away by rain last season. They will play there 1st game this season.

G Philliphs from NZ has been very consistent and also keeping and bats 2 down. He scored 44 run 1st game.

P Salt will open inning and is also good player very experienced and very good batsman. He plays all around world in various t20 leagues.

M Hammond, C Dent will open the innings for GLO, Both are must have player as both are very good player M Hammond has been in good form, also was very good last season and He scored 6 run 1st game.

C Dent under 19 player has done well in domestic and is future prospect for England. He scored 20 run 1st game.

L Wright a powerful left-hander very attaking player must have player also bowl some time has been in good form.

T Head will bat at one down and is good player, play very attacking cricket can score big. He has experience of these pitches playing for AUS.

S Van Zyl is the player who relies on timing and has represented SA in international cricket.

B Howell is very dangerous player can change game in 10 bowls. He picked up 3 wicket last game.

J Taylor is bowling allrounder for them known for picking wickets.

Weise always play good inning down the order, and bowl 2-3 over of medium pace.

T Smith, D Payne are the consistent wickets taker for them, J Shaw will assist them, T Smith will be leading their spin bowling has good club record

C Jordan, T Mills are the opening bowler for them will also bowl in death so high chance of picking wickets, Jordan also very good allrounder, W Beer, G Garton will support them, both looked promising, Beer is there main spinner. 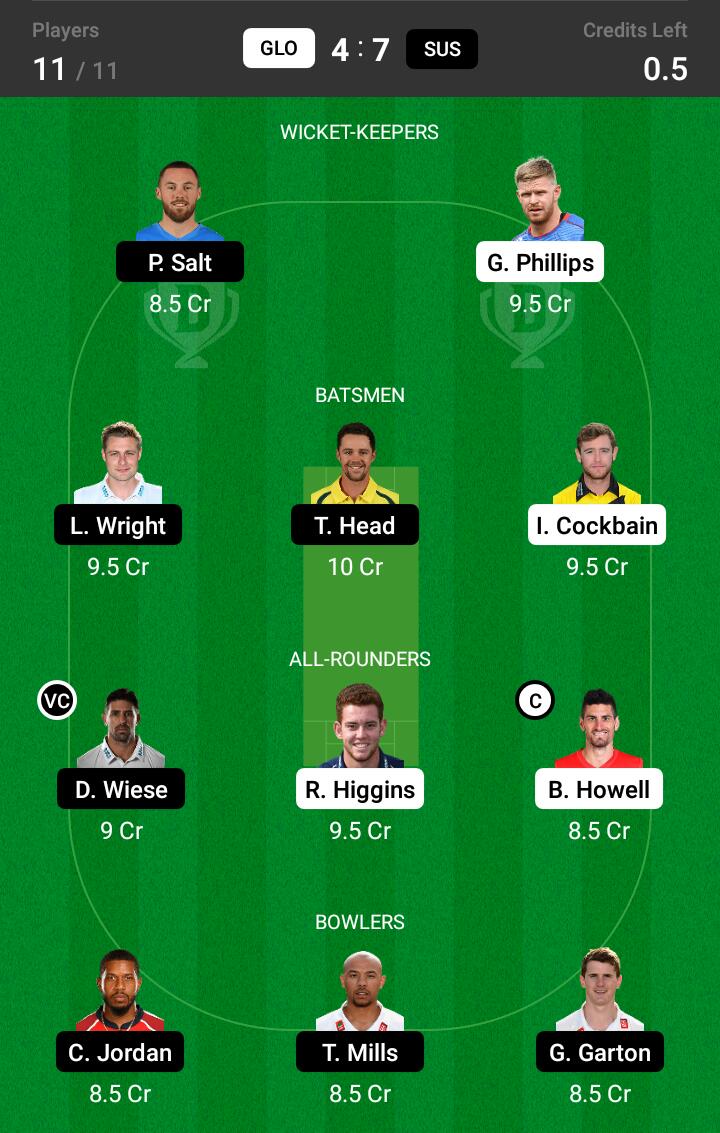