There’s a lot to take into consideration when you’re looking for the best ENS vs MOS dream11 team. Today, We are going to discuss ENS vs MOS Match news, ENS vs MOS fantasy Basketball prediction, and dream11 Expert data. This League is called Russian Basketball League 2020-21 in the dream11 app.

Enisey vs CSKA Moscow, The match will be played in Ivan Yarygin Sports Palace on 10 February 2021 at 6:00 PM.

Both are the worst team from defensive side. CSKA had 10 wins with 4 losses, while same as Enisey had 4 wins and 10 losses.

Enisey is weak at frontcourt allowing more 2-pointer baskets to the opponents with 57.7% true shooting percentage. Antonov is the punt pick for this game. He is averaging 5.5pts, 2.8rebs, and 1.5assts per game. James played from the bench and Shengelin is out for this game. We can expect a low scoring game.

Not good for Sl

4. According To H2H and recent results, CSKA is performing better than Enisey. 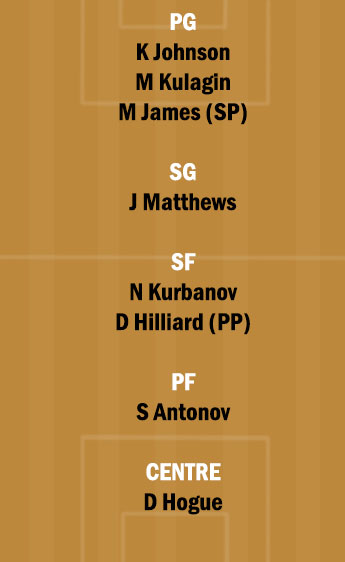