There’s a lot to take into consideration when you’re looking for the best DEN vs PHX dream11 team. Today, We are going to discuss DEN vs PHX Match news, DEN vs PHX fantasy Basketball prediction, and dream11 Expert data. This League is called NBA 2020-21 in the dream11 app.

Last time, Suns qualified for playoff is 2010. This huge turnaround came after Suns traded for Chris Paul. Standing in second seed, need to play against 7th seed Los Angeles Lakers. This team also has many good players like Devin Booker, Deandre Ayton , Mikal Bridges, Jae Crowder , Torrey Craig, Cameron Payne, etc. Phoenix Suns is not only good In starting lineup but also stacked bench. Phoenix Suns created history by beating Defending champion Lakers in first rount 4-2. Suns are 3-0 against Denver Nuggets and everyone in Suns played extraordinarily both offensively and defensively. Just one more victory to go to next round.

Denver nuggets has finished 72 games and won 47 of them and lost only 25 without the help of Jamal Murray (out) and PJ Dozier who recently injured for more than half of matches. Many said that Denver nuggets won’t qualify for playoffs this season due to inconsistency at initial stages but standing 3th position in powerful western Conference. This team is in contention for championship this time.

Nuggets is built around Nikola Jokic and supported by Jamal Murray (out). This team also has many good players like Michael Porter Jr, Facundo Campazzo , Aaron Gordon, Paul Millsap, etc. Even though many good players like Jamal Murray, Pj Dozier ruled out, Denver Nuggets Bigman is the MVP This season. Whatever happens whoever injures Denver Don’t care about them and find a ways to win match. After beating Portland Trail Blazers 4-2. Now, Denver is facing Phoenix Suns in second round and lost first three matches. Except Jokic, no one played well and go 0-3 in the series. Need something miracle for nuggets to stay in this series otherwise they will go home.

Jamal Murray (out), PJ Dozier (out)

DEN vs PHX Match Players To Watch Out (Some Unknown Players): 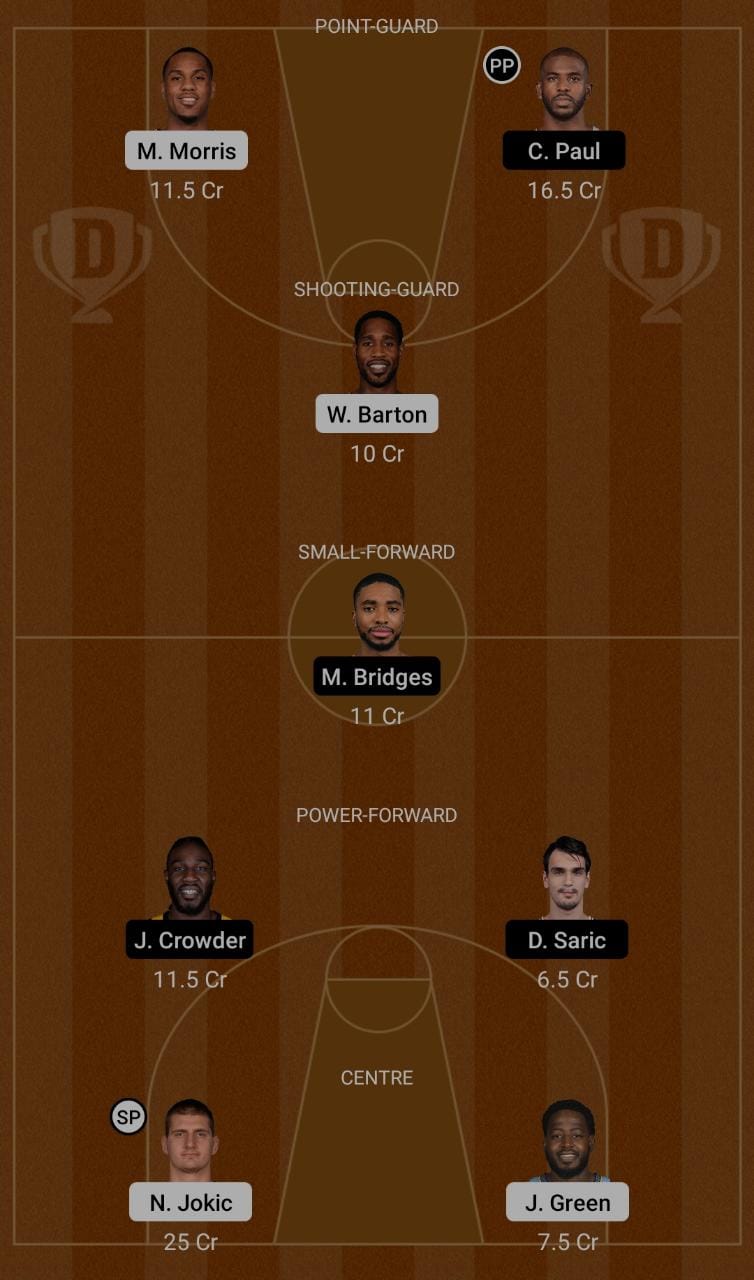