There’s a lot to take into consideration when you’re looking for the best DAL vs GSW dream11 team. Today, We are going to discuss DAL vs GSW Match news, DAL vs GSW fantasy Basketball prediction, and dream11 Expert data. This League is called NBA 2020-21 in the dream11 app.

Dallas Mavericks vs Golden State Warriors, The match will be played in American Airlines Center on 5 February 2021 at 6:00 AM.

Looney scored 13 fantasy points and played for only 14 min. Paschall didn’t run much time on the floor from the bench and Anderson took that place and scored 24 fantasy points. Curry will lead the Warriors team with 34.5% rate and he is averaging 27.7pts, 6.1assist, and 5.4rebounds per game. He will the top pick always.

4. According To H2H and recent results, Warriors are performing better than Mavericks. 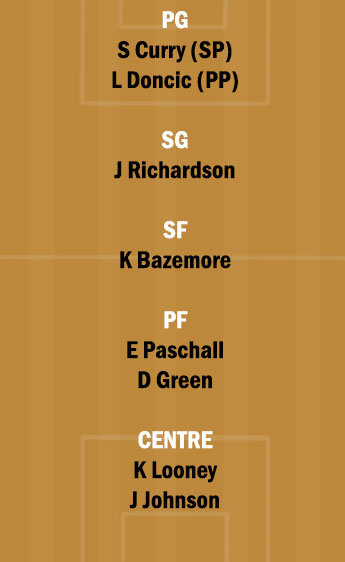