There’s a lot to take into consideration when you’re looking for the best BKN vs MIA dream11 team. Today, We are going to discuss BKN vs MIA Match news, BKN vs MIA fantasy Basketball prediction, and dream11 Expert data. This League is called NBA 2020-21 in the dream11 app.

They will play for more minutest and their usage in assists, and rebounding will be increased.

Harden is the most usage rate player for this game. He was traded to this team and played for four games and is averaging 12 assists per game and without Durant his usage rate has been bump up and will become the top most pick for this slate. Heat is the team who is having slow pace in scoring the points. He is having a safe floor game but his ceiling game can be expected on small ball lineuo of Heat.

From the Heat, without Butler, Adebayo is leading the team with usage rate 34.5% and Dragic behind him. Dragic is an intriguing option at his credits. He had to defend Harden/ Irving. Heat is very good at defending the backcourt players. Nunn is the backup for Dragic and if it is going to be blowout by Nets means, Nunn, Iguodala, and Robinson will become an intriguing options.

According To Recent and h2h match stats, Heat is performing well and are slightly dominating in all aspects in this seasons so far. Offensively And Defensively, Nets are backcourt and dominating in opposing the frontcourt points to the opponents. So It’s Better to select best players from Nets into your roster.

5. According to H2H and recent results, Nets have a medium pace, while Heat has a slow pace to play. 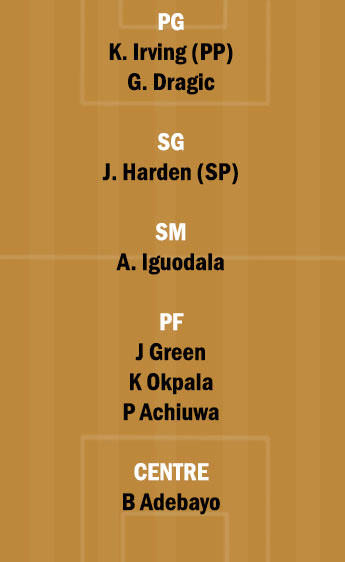